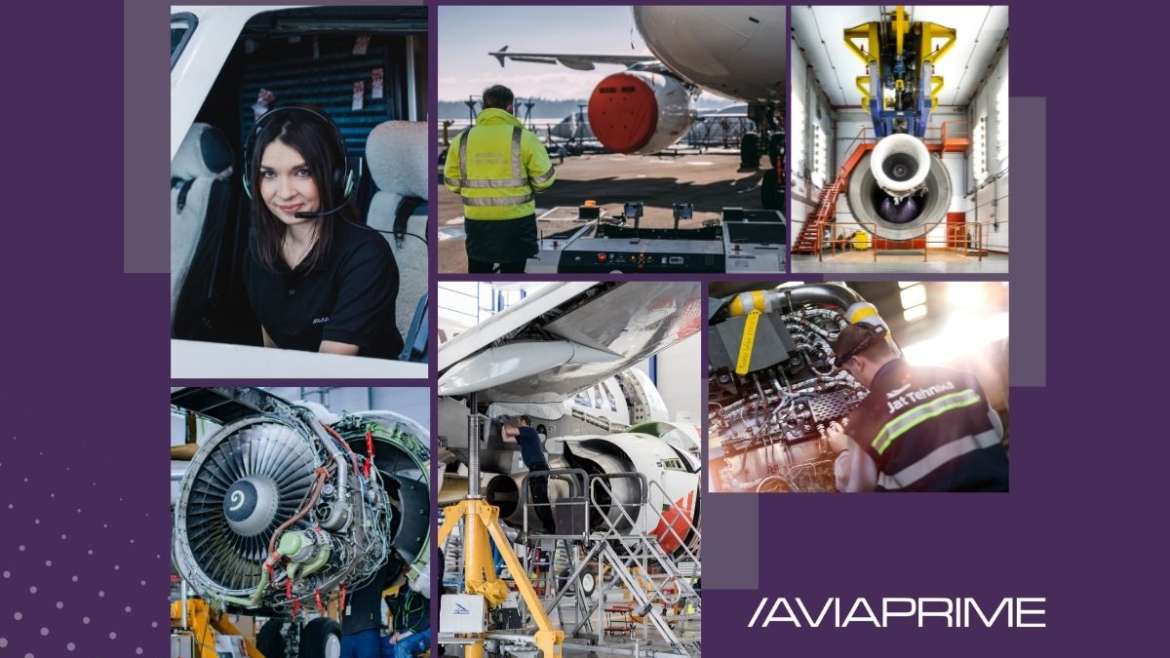 Do you know what high performance means? We do! The history of Avia Prime proves this. We are an MRO that seeks new horizons, grows at the speed of light and never looks back. Read more about how our company was founded and find out that the best is yet to come!

Can anything good come from frustration? In most cases only more frustration or even quitting. However, today’s story goes a bit differently than you may expect. Let’s wind the clocks back to 2008, shall we?

The economic crisis is wreaking havoc on the global market. As always, one of the most affected industries is aviation. Many people are losing their jobs, the real-estate market collapses not only in America but also in Poland, where many people had their mortgages in foreign currencies. Businesses were in trouble, the economy was barely holding together and people were struggling. Not the best way to start your company, right?

However, a few people weren’t happy with the impass of polish aviation. There was huge potential, lots of skilled workers and managers, but you could only choose a state-owned company and some minor OEMs. Your chance to get into big airlines was to become a contractor, which means staying away from your home, family, and friends. A group of colleagues, that left the state-owned job to become contractors finally grew a bit tired of that lifestyle and decided to take the risk – open up their own MRO, starting from the line maintenance team. In 2010 the line technicians formed a company called just that – Linetech.

Base maintenance – the core of Linetech’s business

Since all of them were skilled mechanics, it wasn’t long since their ambitions grew. After all, the most fun you can have with an airplane, besides piloting is to fix it. As the saying goes the mechanics are there so pilots can have their heroes too. The founders knew enough about the MRO business to take another risk and open the first base maintenance facility. This effort was finally celebrated in 2012 with an opening of Linetech’s main base at Katowice Airport. The state-of-the-art facility is big enough to accommodate four code-C airplanes, so the base maintenance has slowly become the core of Linetech’s business. But, since you can do some, why don’t challenge yourself with some extra? All that was needed was some extra wind in the sails…

It’s important to point out, that aviation in Poland has been fighting against the echoes of the 2008 economic crisis quite fiercely. This resulted in the few native charter operators growing fast. The cooperation between the two privately-owned companies benefited both, so they could not only keep their heads above the water but jump ahead of competitors. While the rest of Europe recovered slowly, the right timing and the right decisions steered Linetech onto the very top of the companies in Central Europe, so the expansion was just a matter of time.

See also: The 8th of March is a special day for women in aviation. Do you know why?

The birth of Avia Prime – Adria Tehnika is acquired by Linetech

In late 2014 Linetech formed a Group to help troubled Adria Airways Tehnika, while the Slovenian Government decided to privatize the company. In early 2015 the companies joined their efforts to become the very best at their game. Now with joint management and same ownership, Linetech and Adria Tehnika could do much more. With 10 slots combined, the sole CRJ MRO provider at the time, A320, 737 Classic, and NG-ready this couldn’t go wrong. The newly formed group, Avia Prime was set to be one of the black horses of the MRO market in Europe. Their slot count was supposed to grow in 2015 once more. And it did.

Rzeszów Airport is the special place among the regional airports in Poland. Almost 90% of the Polish aviation business is located in the 50km radius. The runaway is one of the longest in the country. Unlike other, bigger airports this is the fairly low congested airfield. Hangars that can accommodate the biggest twins, such as the 777 or A350, are just another great addition. This is why in 2015, Avia Prime expanded once again, opening the facility at Rzeszów under the Linetech brand. The first 18 months of the enormous facility was a joint work, as initially, the Rzeszów hangar was also a reserve slot for Adria Tehnika. The third quarter of 2017 has brought lots of new customers, with the capacity at Rzeszów reaching 100% or 12 simultaneous heavy checks. Along with Katowice and support for a sister company of Slovenia, Linetech had quickly grown into the biggest MRO provider in Poland. Simultaneously, Avia Prime came at one of the fastest-growing and biggest MRO in that part of Europe.

The next few months were relatively peaceful, or so it would seem. The companies were busy working on 20 aircraft at the time, nose-to-tail swaps, and found new investors. With the new possibilities, the Linetech customer portfolio also grew. In late 2018 we started our great cooperation with Lufthansa Group, which trusted us with their E190 fleet. Other reputable airlines in Katowice, that became a center for E-jet checks were Finnair, TUI, and Arkia Israeli Airlines. In Rzeszów we focused on 737s, working with TUI, Norwegian, SAS, a few converted 737 business-liners as well as some Lufthansa A320s. Our friends at Ljubljana have won lots of contracts as well. Adria Tehnika was working on CRJs of some of the customers listed above, and then A320s of Easy Jet, Edelweiss, Swiss, Air France, and Austrian.

Jat Tehnika joins the group. The largest MRO in Central and Eastern Europe is born

Late 2019  brought yet another change. Avia Prime had grown, becoming the sole owner of JAT Tehnika, a Belgrade-based, MRO with a long history in aviation. You can read about the story of JAT Tehnika, going back to the late 1920s in article here on our website.

No one expected how difficult the beginning of 2020 would be and what it would mean for the aviation industry. However, because we were now three MROs strong, we have been able to fight the crisis thus far and managed to keep ourselves relatively busy during the lockdown and slow initial rebound.

EASA Part-66 certificates – find out what do they provide? What is the qualification process? Here’s what you need to know

The 8th of March is a special day for women in aviation. Do you know why?